The History of Halloween at Halloween

You’ve got that perfect combination of a strong female lead in Jamie Lee Curtis’ Laurie and a slow, hulking pursuer in Michael Myers, a terrifying figure simply because he’s unstoppable and relentless. 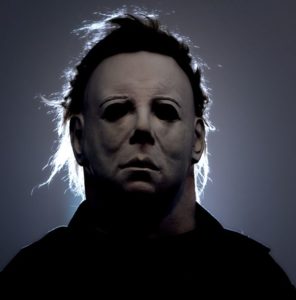 We’ve finally reached my favourite time of year and for me it can’t come soon enough. Halloween has always had an air of mystery about it, from when I was trick or treating as a child to shamelessly indulging in horror marathons as a teenager and adult.

I love movies of every genre, but horror always has a special place in my heart. The raw fear you experience from watching the classics is unparalleled–when a film gets it right, that feeling is unlike anything else.

When I sat down to write something on the subject, I was racking my brain as to what to focus on. Do I concentrate on a sub-branch of horror; should I talk about the films set at Halloween; or would it be better to review a new Halloween movie? But in the end, the answer was staring me in the face–a history of the Halloween franchise (at Halloween)!

Of course, since we’re talking Halloween, we have to start with the 1978 original. You’d be hard-pressed to find someone who doesn’t agree that this is the best of the bunch, as well as one of the greatest slashers of all time. You’ve got that perfect combination of a strong female lead in Jamie Lee Curtis’ Laurie and a slow, hulking pursuer in Michael Myers, a terrifying figure simply because he’s unstoppable and relentless. It’s the film that launched a thousand imitators (even today movies like It Follows owe a lot to Halloween) and it’s easy to see why.

The original movie is so completely perfect, in some ways it seems a shame the story was ever continued at all. But the studio obviously saw the figures similar films were making and decided they would need a piece of that pie. So three years later we get Halloween II, wasting no time with pointless exposition and picking up the story from where we left it. This time it’s set largely within the local hospital as Donald Pleasence’s returning Dr. Loomis attempts to stop Michael’s attempts on young Laurie’s life. Largely forgettable in many ways, the film does introduce a plot thread that will hang over the series, for better or for worse—the reveal that Laurie and Michael are siblings! I think someone liked the ending of The Empire Strikes Back a little too much.

Halloween III: Season of the Witch

I always feel like the third entry is unfairly treated. After Michael’s death at the end of the last film, John Carpenter and Debra Hill (acting as producers) wanted to branch the franchise out, creating a sort of anthology series with rotating characters and a different story every time—the model that American Horror Story is doing so well with today. Audiences may not have warmed to the lack of Michael Myers, but for my money Halloween III is a hell of a lot more interesting than number two, even if we don’t have as memorable a figure to focus on. A misunderstood classic.

Halloween 4: The Return of Michael Myers

You can hear the filmmakers pleading with the audience even in the subtitle of this one; “Michael Myers has returned guys, please come back!”. And man alive does he return! While he’s never been squeamish about kills, Michael is truly on a rampage this time round, hacking away at teenagers left, right and centre. While franchise favourite Loomis returns, Laurie doesn’t so we have Rachel Carruthers as the babysitter stand-in, looking after seven-year-old foster sister Jamie. She’s no Jamie Lee Curtis (who is?), but she does a great job with the material she has.

Halloween 5: The Revenge of Michael Myers

Another title to reassure the audience that Michael’s sticking around! Despite being seemingly killed in about half a dozen ways, Michael just needs to sleep it off for a year before he’s back. Halloween 5 ramps up the supernatural element with a psychic bond between Michael and Jamie; your mileage will vary on how well you think this works. Pretty standard fare for the series, but I do have a bit of a soft spot for this one in the other ways it tries to shake things up. Until now we’ve always seen the masked Michael slowly pursuing on foot, but here we get to see him in an ogre mask as he pretends to be someone else, and even driving a car! An interesting curiosity.

Halloween: The Curse of Michael Myers

Six whole years pass between this instalment and the last, so we should be able to expect something with a fresh perspective. Unfortunately the film gets bogged down in the somewhat confused mythos from previous entries and doesn’t quite manage a clean break. However, even though the plot isn’t up to much, it is worth checking out for the kills alone, which are both inventive and plentiful.

In the late 90s, post-Scream world, a ordinary slasher is no longer going to cut it, so the guys behind the scenes have brought out the big guns—the return of Jamie Lee Curtis as Laurie Strode! In the wake of the more self aware Scream, Halloween: H20 is definitely more savvy, referring back to the series as a whole as well as horror movies in general. It’s certainly ambitious and although it doesn’t reach the dizzying heights of the original, it’s fun to see Curtis back in the role that made her.

The resurrection in the title refers to more than just the reawakened franchise. It seems Laurie’s beheading of Michael at the end of the last film was actually someone else, so we’re back on familiar territory for the last film in the series before we hit reboot town. The action soon shifts focus to a bunch of new characters on a web show and Michael proceeds to do his thing by dispatching each of them in turn. It’s enjoyable to a degree, but it soon becomes tired, which is probably the reason that they tasked Rob Zombie with rebooting the franchise five years later to mixed results. But that’s a blog post for another time! 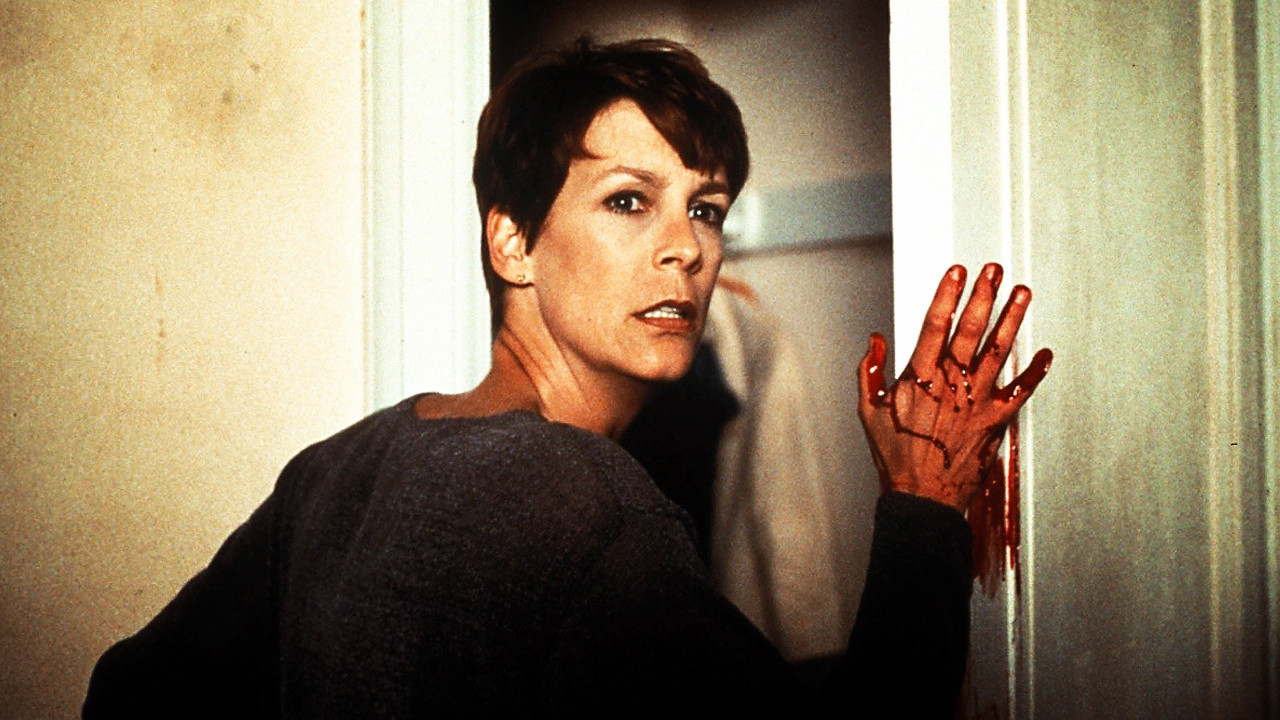