Our pick of the flicks for the festival.

Horror fanatics rejoice! Film4 FrightFest returns for its 16th year and this time it’s bigger and better than ever! The cream of the crop in new and classic horror and genre films will be on show, and for those of you lucky enough to attend (or if you’re planning to catch up on DVD), here’s our pick of the flicks for the festival.

FrightFest kicks off with some strong contenders, but our choice would have to be Turbo Kid. Positioned like a retro B movie, the film’s post-apocalyptic setting of 1997 harks back to the original Mad Max or Death Race 2000.

Directors François Simard, Anouk Whissell and Yoann-Karl Whissell have done a brilliant job of mixing classic dystopian tropes with current movie trends, the titular Turbo Kid being a comic book obsessed young boy who manages to survive in a harsh wasteland. When Michael Ironside’s Zeus kidnaps the boy’s friend, it’s up to him to save her. Well worth seeking out. 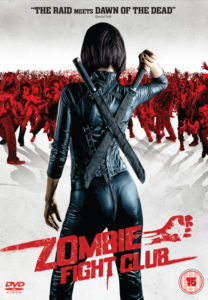 The UK premiere of Zombie Fight Club is on Friday and it’s definitely one to watch. A sequel to Zombie 108 from 2012, Joe Chien is coming back bigger, badder and gorier this time with a tale of zombies attacking a Taiwanese city on the verge of collapse.

If you like your zombie films with a sense of humour and fun, and some awesomely choreographed fight scenes thrown in for good measure, Zombie Fight Club can’t be missed.

Saturday – The Nightmare & The Hallow

I couldn’t pick just one highlight for Saturday so it’s a tie between horror documentary The Nightmare and supernatural scare-fest The Hallow.

The Nightmare comes from Rodney Ascher, director of the fascinating Room 237, which was part documentary and part conspiracy theory compilation on The Shining. This time he’s tackling sleep paralysis, a condition that affects people in all sorts of terrifying ways, including horrific audio-visual hallucinations. I’ve seen a few scary movies in my time, but no documentary has chilled me quite like this before. 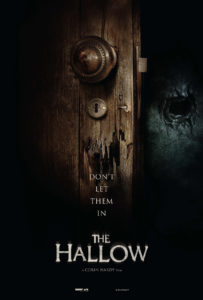 I’ve spoken about Corin Hardy’s The Hallow before, on creating the teaser poster and on the fantastic reviews its received, but it bares repeating simply because of the passion that goes into Corin’s work. The Hallow is his first feature, but already he’s been handpicked to helm the upcoming reboot of The Crow. Find out what all the fuss is about on Saturday!

FrightFest is great for looking to the future, but it’s also a rare chance to see some of our favourites on the big screen with a group of likeminded individuals. My recommendation for Sunday is to go and see Hellraiser in all its glory.

From the puzzle box to the Cenobites, Hellraiser is filled with classic horror moments that have stood the test of time, even more than 25 years later. Even if you’ve seen it before (and I hope you have) this one is worth going back to. 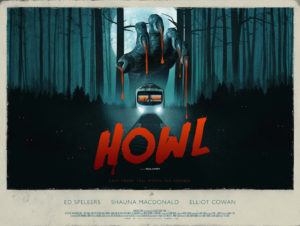 Alas, all things must come to an end but at least FrightFest 2015 is going out with a bang. Paul Hyett’s Howl is a spectacular creature feature that will see you hiding behind your hands in fear.

Ed Speleers, Shauna Macdonald, Rosie Day, Elliot Cowan and Sean Pertwee all do a fantastic job of carrying the action from one heart pounding moment to the next, helping us to remember why we love horror in the first place. This is a back-to-basics thrill ride that will make you never want to get a train again.