We developed the concept of creating Mick Taylor’s personal memento box, complete with plenty of incriminating evidence that would also cleverly advertise the show.

For FOX TV’s new spin-off of cult horror Wolf Creek, they wanted a press kit with a difference. A long-term client of Mister.S, they asked us to come up with a concept that would haunt the minds of all who received it.

Mister.S employed the services of Preston-based creative design and digital media studio 2am to assist in helping to create the extravagant press kit through its expert services in procurement, design print and fulfilment.

We wanted to honour Wolf Creek’s serial killer mainstay with a suitably horrifying press kit, so we developed the concept of creating Mick Taylor’s personal memento box, complete with plenty of incriminating evidence that would also cleverly advertise the show.

Mister.S and 2am designed the tins and its contents, and secured all of the materials. We used a bespoke Wolf Creek Hard Candy vinyl overlay to cover blank tins, and filled them with a variety of creepy keepsakes including photographs of some of Taylor’s victims; a bloody driving licence and Roadhouse coffee shop loyalty card housed within a battered old wallet; a lock of blonde hair (could it belong to series lead Eve Thorogood?); a tourist information guide to Wolf Creek (where the TV show info was secretly hiding); and finally a sneeze-inducing amount of hay to complete the package.

As if that wasn’t enough, we shipped each tin out decorated as police evidence, which hopefully put the fear into every journalist who received it!

The press packs were well received by publications such as SciFiNow, Vulture Hound, The Sunday Times, Daily Express and Entertainment News. The show itself was a critical and commercial smash hit, receiving praise from reviewers across the globe. 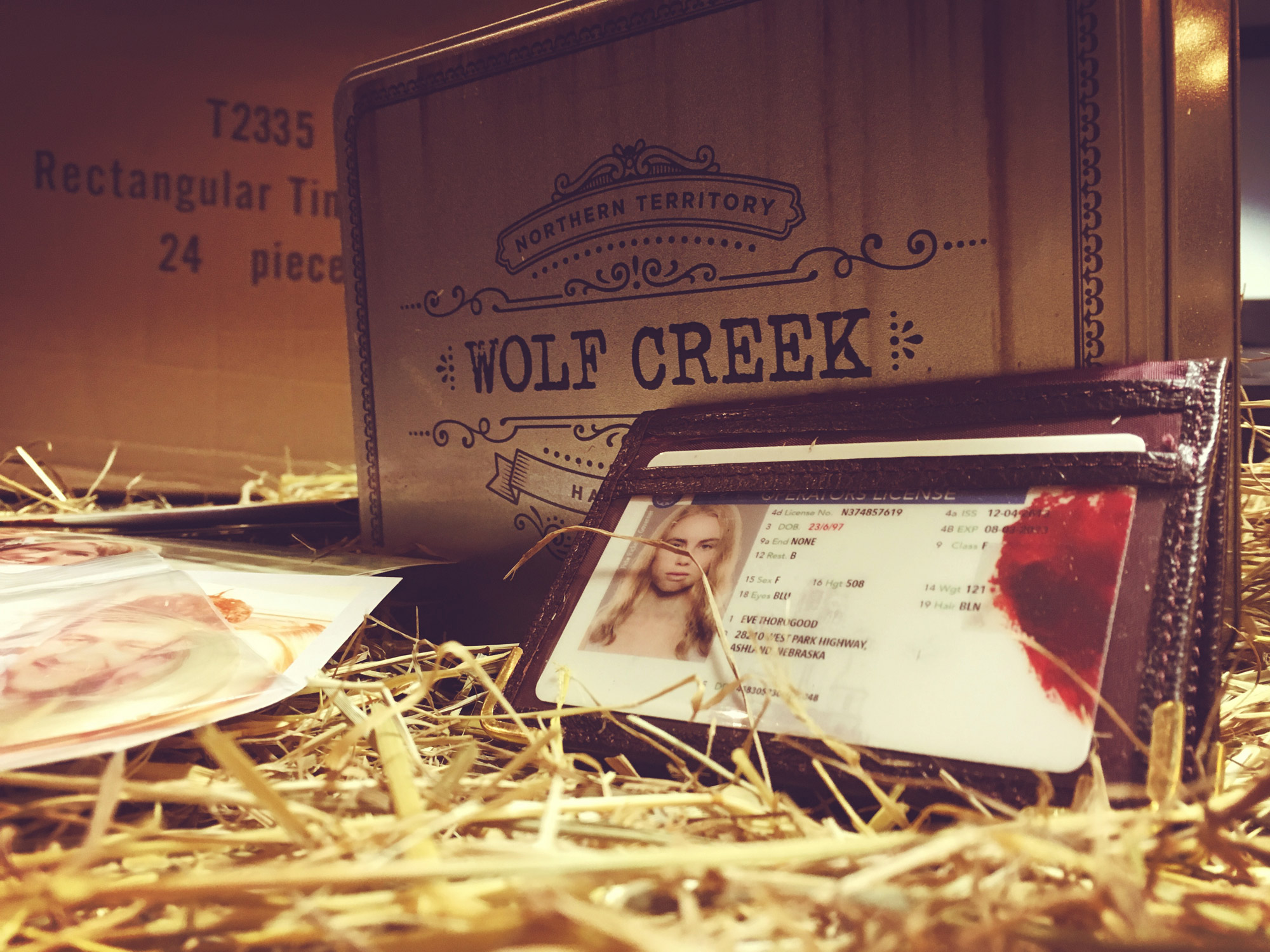 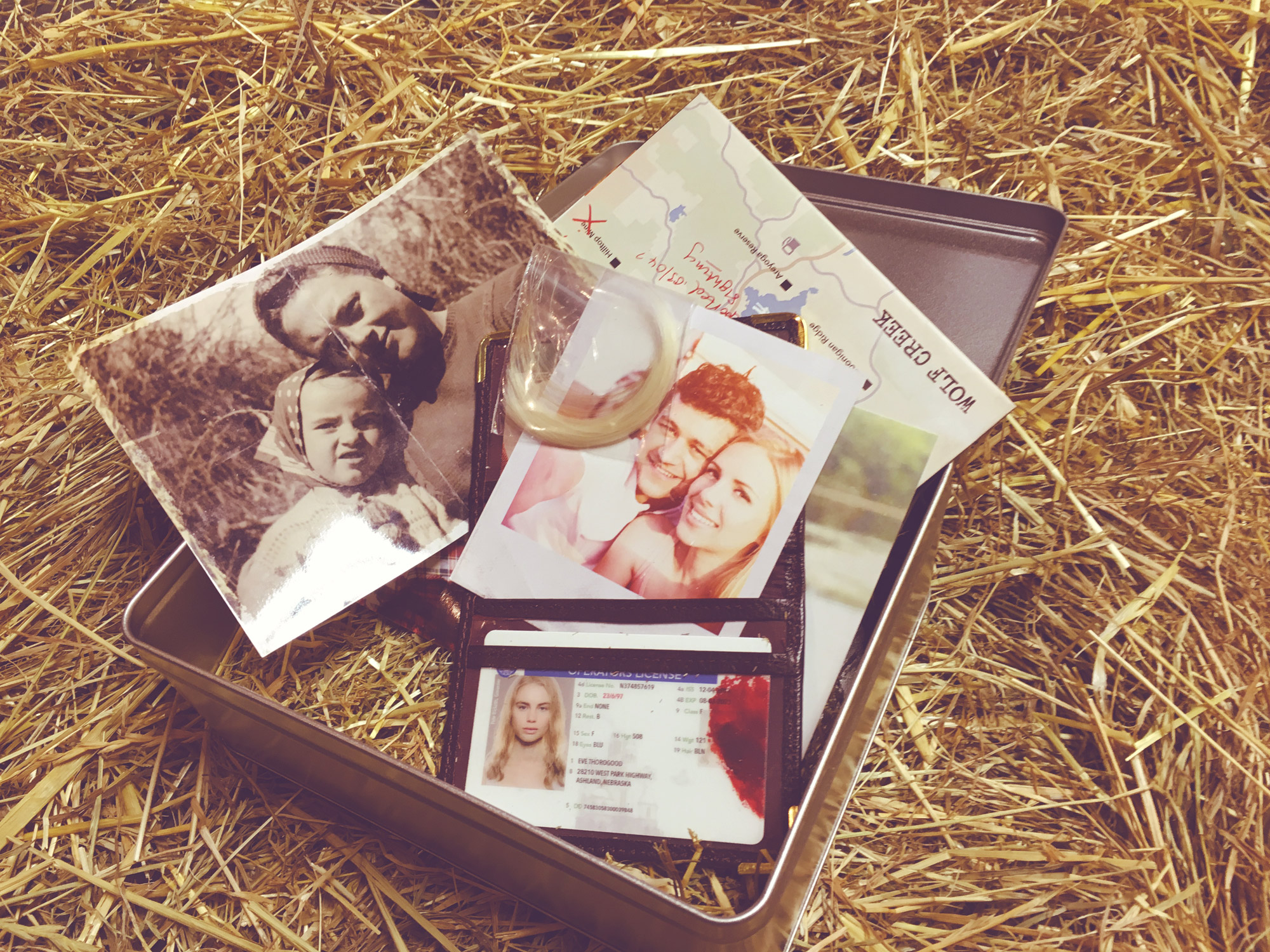 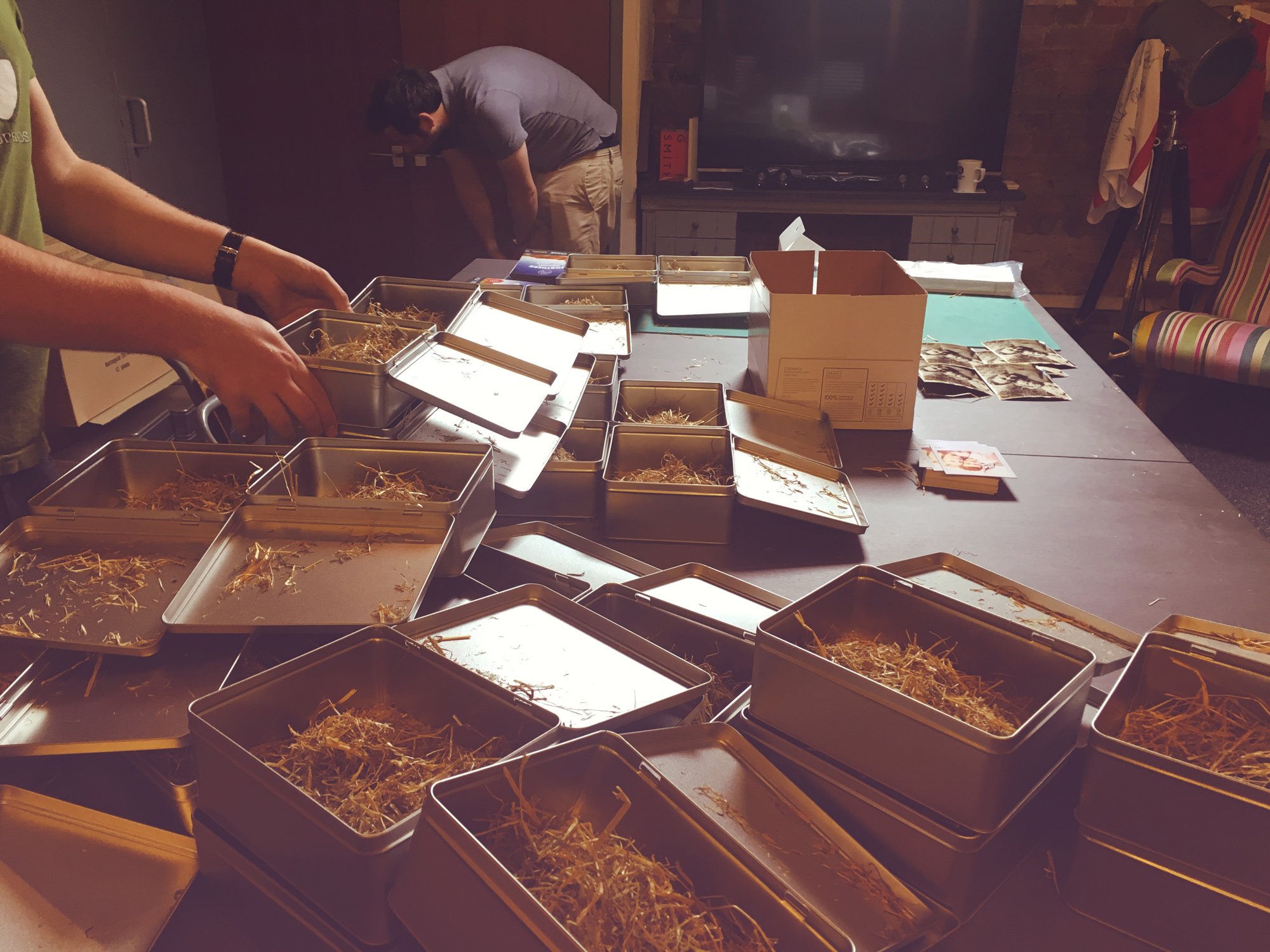 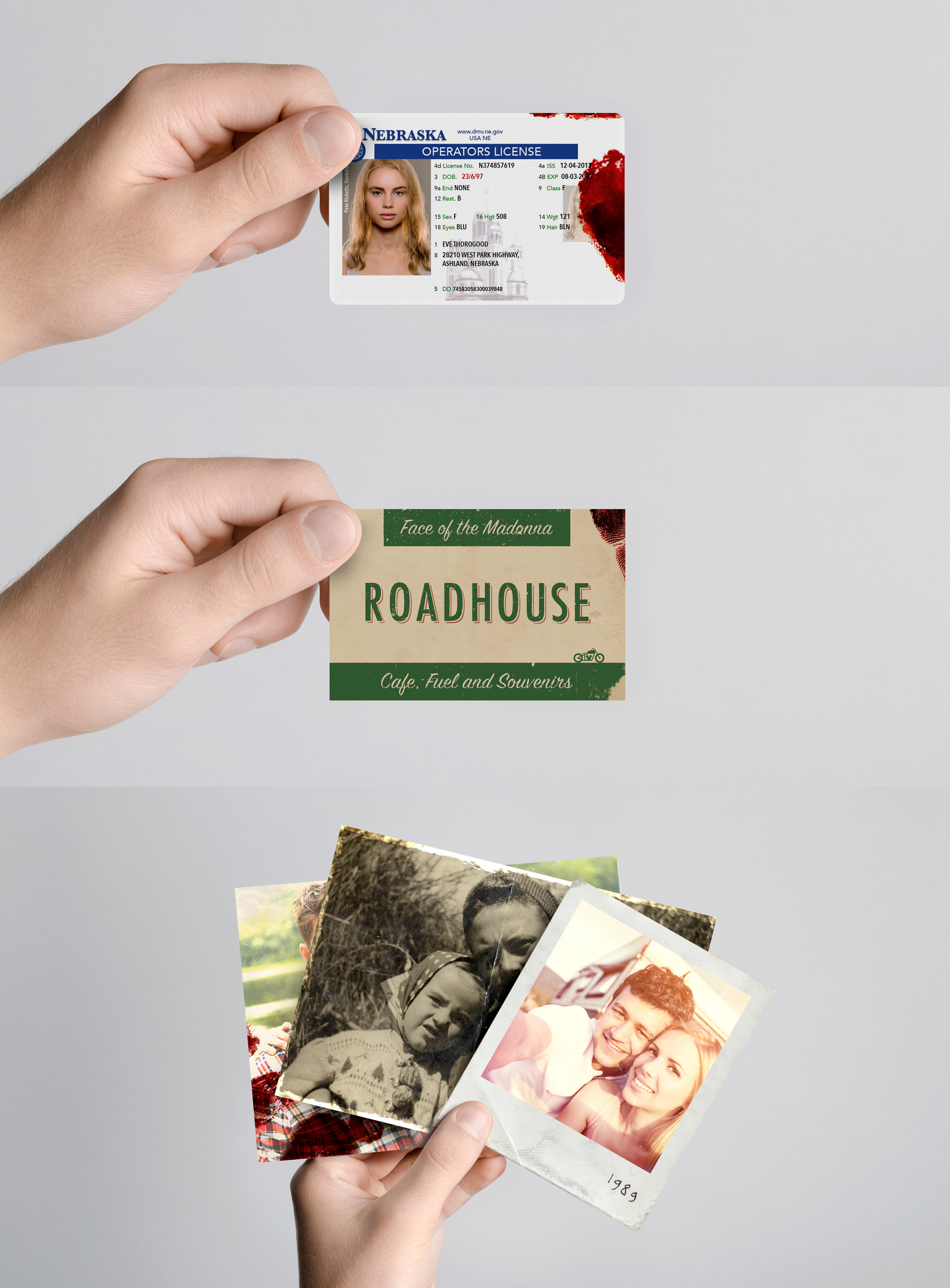 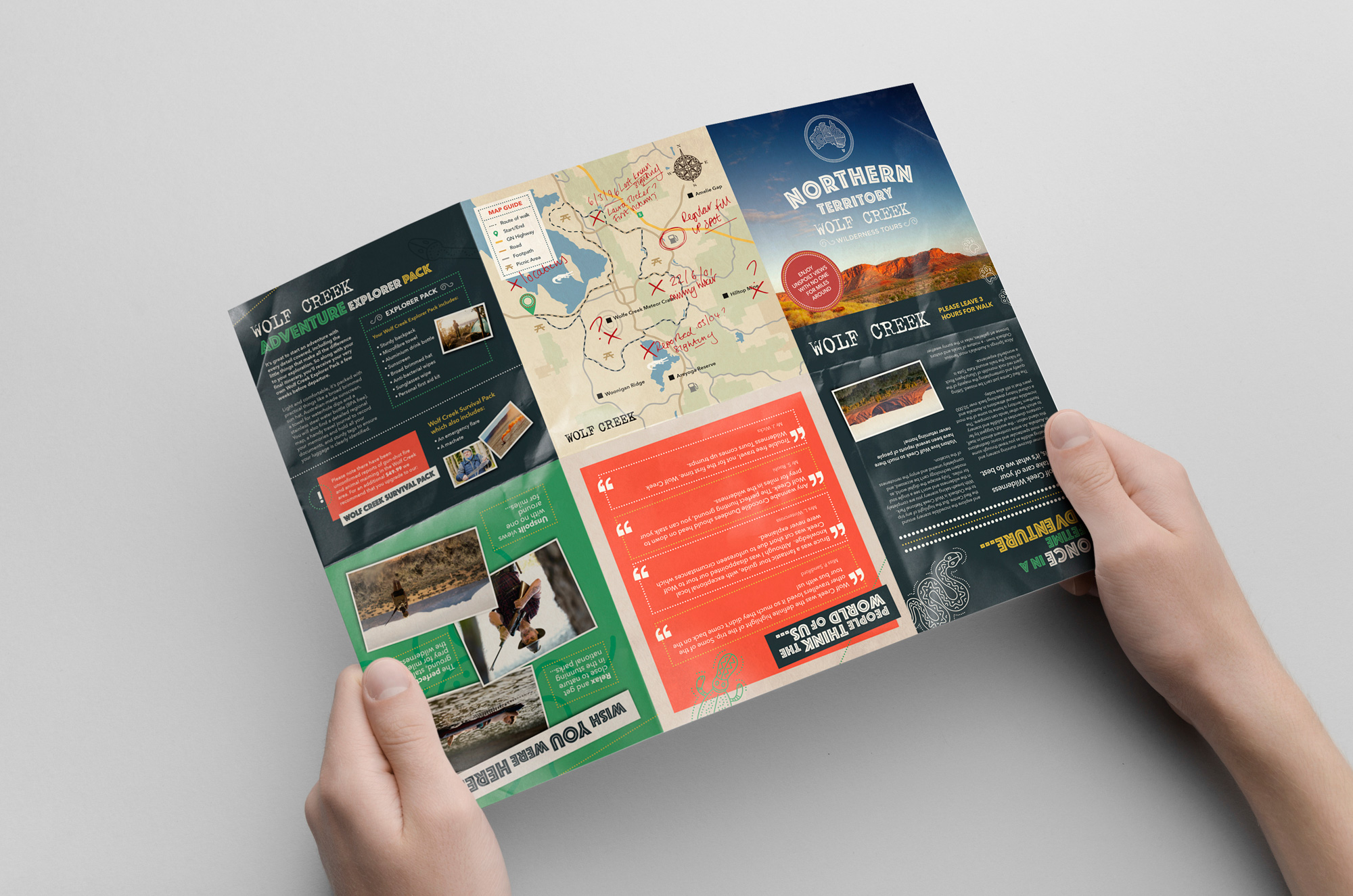 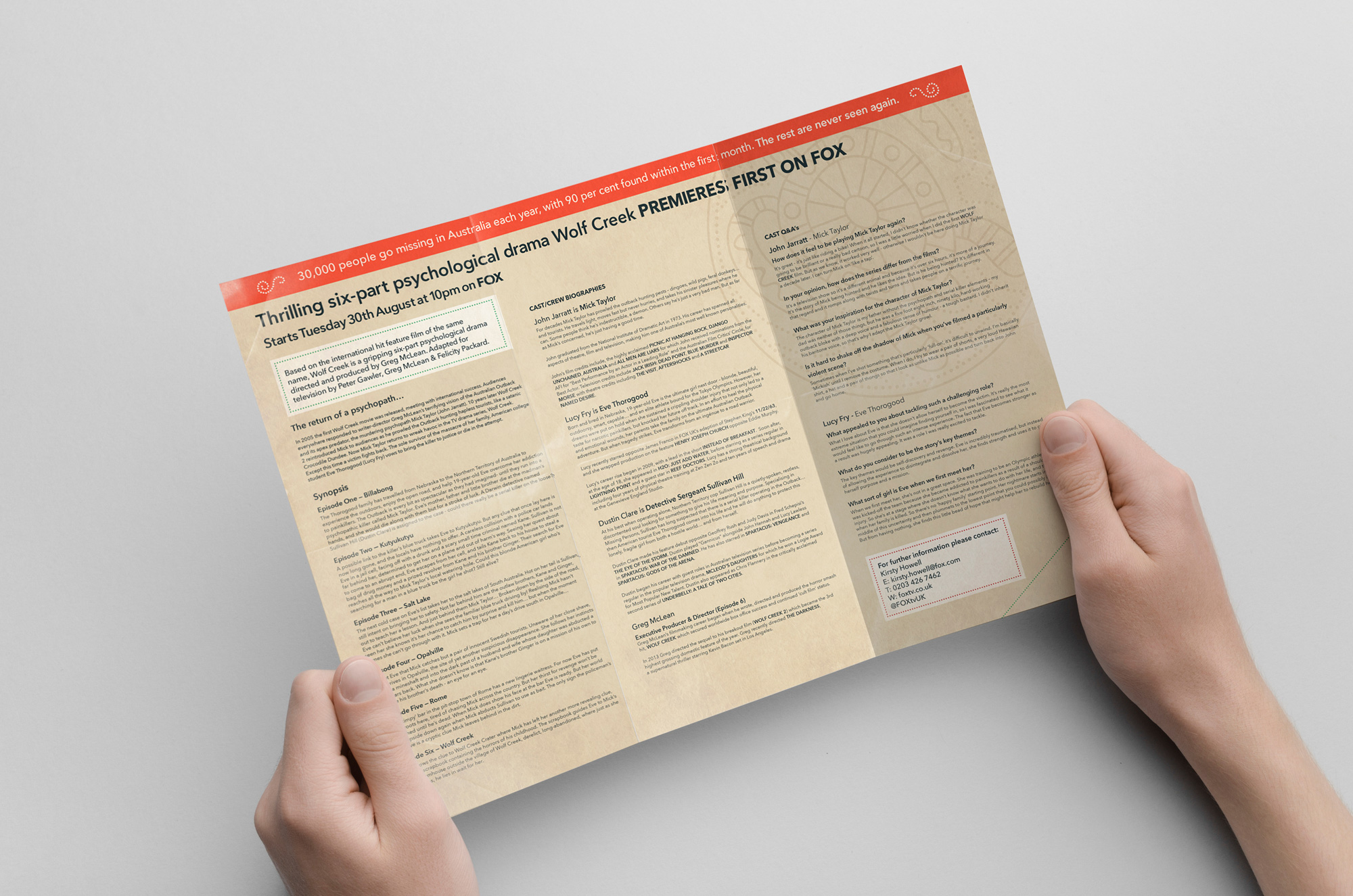