Toys of the Movies

Go into any given comic book shop or toy store, and you’ll see shelves upon shelves of weird and wonderful brand mashups, from Indiana Jones-themed Mr Potato Heads (Taters of the Lost Ark), to Lego Lord of the Rings figures.

The big guys at Hasbro will be celebrating right now, and rightly so! With the merchandising rights to the likes of Jurassic World, Star Wars and Transformers with them, they have reported record sales of $41.8 million for their second quarter. And with a new Star Wars movie hitting theatres at the end of the year, things can only get better!

Toys and collectables have always worked hand in hand with movies, each individual element promoting the other.

Star Wars is a prime example. Thinking back to the release of the original Star Wars in 1977, 20th Century Fox agreed to reduce George Lucas’ writing and directing fee in exchange for giving him complete control over merchandise. 40 years and $12 billion later, Mr Lucas clearly made a smart business decision.

Transformers is another particularly savvy franchise when it comes to toys. In fact, they turned the whole concept on its head, starting off as a line of figures that transformed from vehicles into robots, and used this concept as a platform to launch an animated series, as well as comic books, video games and eventually a live action movie series. All of these, of course, have spawned hundreds of distinct action figures, which every completionist out there simply must have.

In recent years, brands have begun to merge with one another to create unique, exciting collectables. Go into any given comic book shop or toy store, and you’ll see shelves upon shelves of weird and wonderful brand mashups, from Indiana Jones-themed Mr Potato Heads (Taters of the Lost Ark), to Lego Lord of the Rings figures, to the awesomely ‘cutified’ Pop! Vinyl versions of Freddy Krueger and the Xenomorph from Alien!

This is just a small sample of my collection, and I’ve got no intention of slowing down any time soon! Luckily, the creative minds at the top will keep coming up with plenty of awesome toys and figures, so I’ll definitely be collecting for years to come! 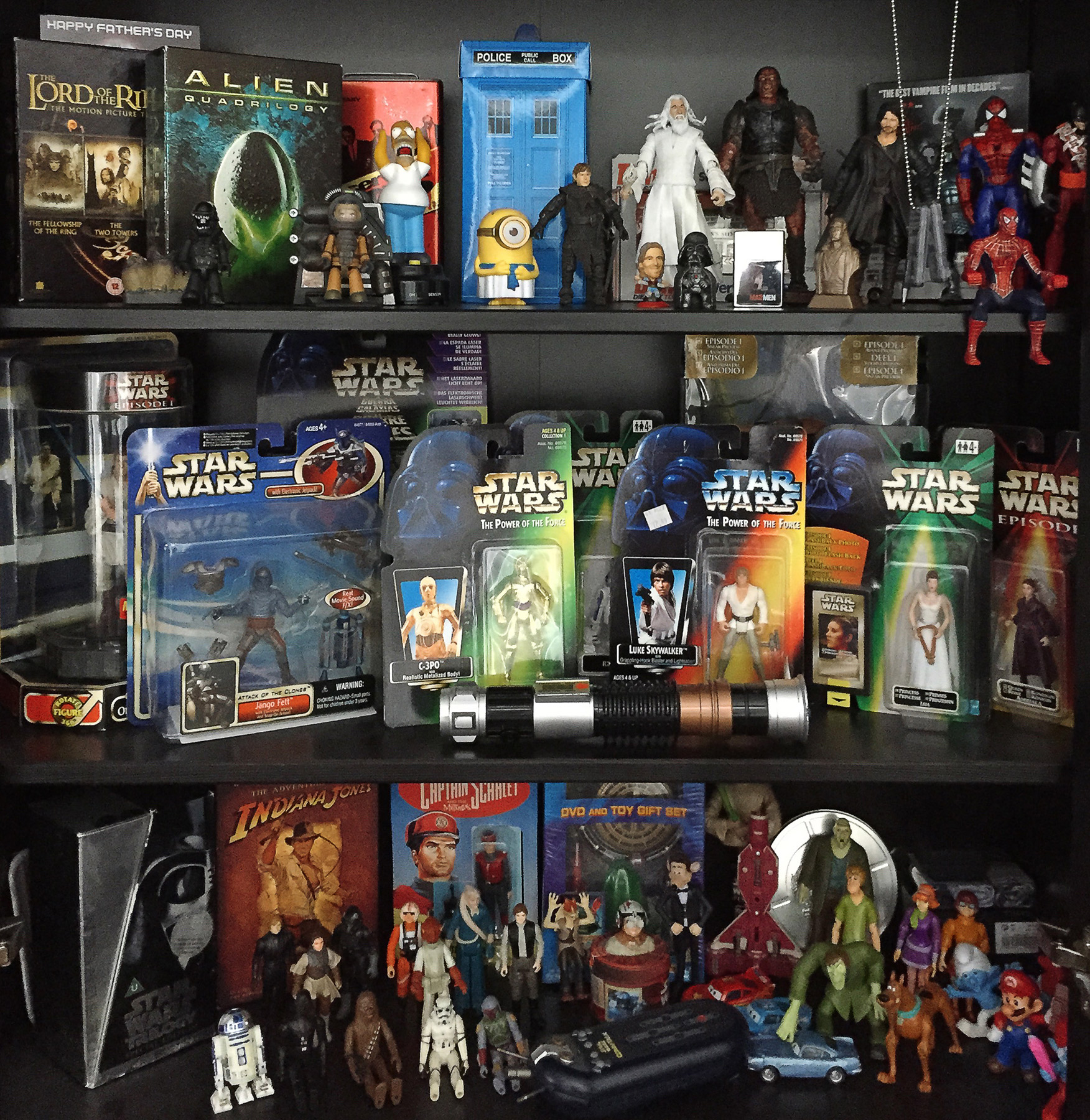