The Incredible Villainy of Christopher Lee

No one could carry a baddie better than Christopher Lee and it shows in his filmography, as he played some of the most dastardly and deranged bad guys in cinema.

“I haven’t spent my entire career playing the guy in the bad hat, although I have to say that the bad guy is frequently much more interesting than the good guy.”

Yesterday we all received the truly sad news that Christopher Lee had passed away. At the age of 93, and with an incredible career under his belt, he certainly had a full life, and yet he was still taken much too soon from us.

A champion of all things villainous, Lee became well known in the film industry for his intimidating height and booming voice, instantly recognisable whenever he appeared on screen. Ironically, these features that would go on to define him started out as hindrances, with the director of Corridor of Mirrors instructing him to stay sat down for the duration of his appearance.

Although the late, great Lee has played a wide range of characters ranging from the comedic to the heroic, it is his villains that will always be most fondly remembered to me. No one could carry a baddie better than Christopher Lee and it shows in his filmography, as he played some of the most dastardly and deranged bad guys in cinema.

This was clear from his first big antagonistic role, as The Creature in The Curse of Frankenstein. Intense and psychotic, Lee’s Creature truly showed his monstrous talents, which he would continue to exhibit with his turns as the eponymous Mummy and Count Dracula.

The 1958 production of Dracula was heavily criticised before release, with many people stating that no one would be able to perform the character as well as Bela Lugosi. However, those fears were laid to rest once Lee’s nuanced performance was seen by the masses; he ended up playing the famous vampire nine times.

This wasn’t the last time Lee would return to villainous characters either. He played what I think is the definitive version of Comte de Rochefort in The Three Musketeers trilogy; appeared as the evil genius Fu Manchu on five occasions; and played a haunting version of Death no less than five times over several TV and film series.

More recently, Lee has become well known in sci-fi and fantasy as both fallen Jedi Master and Dark Lord of the Sith, Darth Tyranus, in Star Wars, and as corrupted wizard Saruman the White in Lord of the Rings. Interestingly, in both series he begins on the side of light; I don’t know about you, but when Christopher Lee’s onscreen, I don’t expect him to be good guy for long!

From Bond villain Scaramanga, to ruthless leader Lord Summerisle in The Wicker Man, there really isn’t enough space on the Internet to talk about all the amazing roles Christopher Lee has played. I really could go on and on, but I will finish by simply saying: Goodbye Mr Lee, you will be deeply, deeply missed.

“What’s really important for me is, as an old man, I’m known by my own generation and the next generation know me too.” 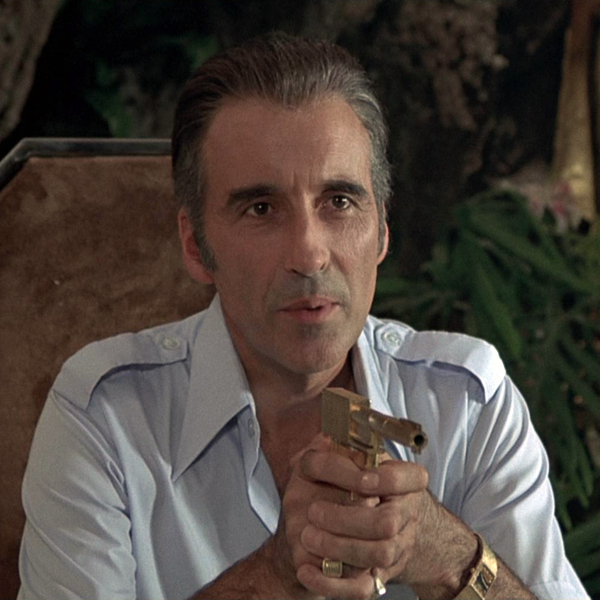