5 of the Weirdest Star Wars Tie-Ins

Each variety features one of five quotes, varying from “Luminous beings we are” to “I will finish what you started.” 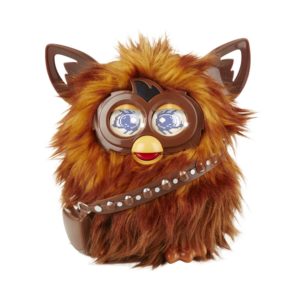 For most people, December is an exciting time because Christmas is fast approaching, but for people like me it’s all about Star Wars! The Force Awakens is just two short weeks away, so to celebrate I’m having a bit of a Star Wars month!

And if you’re as big a fan as me, you might be hoping for a couple of the following Star Wars tie-ins in your stocking on the 25th (and I don’t mean TIE/IN Interceptors).

Rewind to that mad Christmas of 1998 with the limited edition Star Wars Furby. Although I personally find the regular Furbies pretty annoying, there’s no denying how cute these mini Chewies are!

If you’re a chicken soup lover, or a fan of spaghetti in the shape of your favourite Star Wars characters, then you only need to look to Campbell’s for your dinnertime needs. Soup is a great tie-in for a winter release if you ask me.

Star Wars isn’t just for the boys and proof, as if it was needed, comes from the folks at CoverGirl. They have released two limited edition mascaras—The Light Side and The Dark Side. Each variety features one of five quotes, varying from “Luminous beings we are” to “I will finish what you started.”

Sticking with the light and dark theme, Ample Hills Creamery has released two editions of their signature ice cream, but the two sides are a little more distinct. The Light Side contains marshmallow ice cream with homemade crispie clusters, while The Dark Side is an ultra-dark chocolate ice cream with espresso fudge brownies, cocoa crispies, and white chocolate pearls.

Ever wanted to combine your love of Star Wars with your athletic prowess? It looks like Adidas have solved all your problems with this Luke and Vader inspired tracksuit! Pair it with one of many pairs of Star Wars trainers to complete the look! 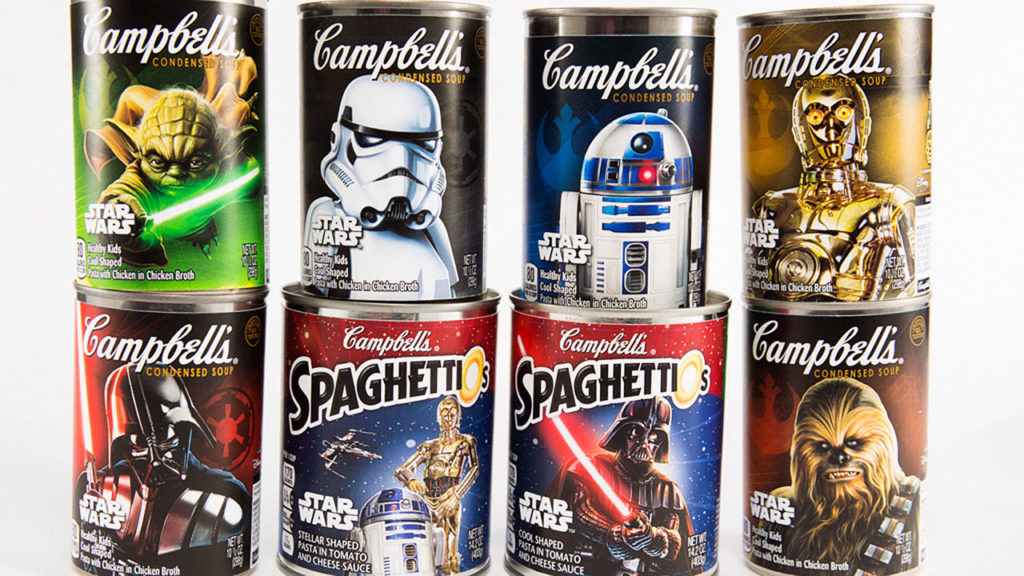